Many find Gradina hill interesting for numerous dry-stone walls surrounding the area. After the discovery of remains of Liburnian and some more recently built walls, their restoration became a priority. Therefore, in the last four years, approximately ten voluntary actions were undertaken in order to rebuild those dry-stone walls. Especially important were those workshops that occurred as a part of two projects – ”Revival of local traditional practices of sustainable use of resources of the island of Murter and its natural region” and ”Let’s renew our dry-stone walls”.

A campaign aiming at renewal of ancient fortifications of the Liburnian town of Colentum took place during the implementation of the ”Revival of local traditional practices of sustainable use of resources of the island of Murter and its natural region” project in collaboration between NGO Argonauta, the Feniks Association, the 4 Grada Dragodid Association, Modrave Murter-Betina and Vransko Jezero Nature Park Public Institution. The topic of this workshop was the encouragement of spreading the knowledge on traditional craft of dry-stone wall building through volunteering. Fifty participants took part in this workshop. We should not forget to mention young geography students from Belgium who visited Murter as a part of a project implemented by the University of Zadar, and contributed to the renewal of the Gradina dry-stone walls.

In autumn 2016, ICT Company Iskon had their teambuilding in Colentum. Workshops were organized in collaboration between the Dragodid Association, and their host-partners NGO Argonauta and Murter-Kornati Tourist Board. Since 200 participants took part in the workshop, this teambuilding was a huge challenge for organizers. This called for the engagement of a sufficient number of dry-stone wall builders to guide participants – ten builders from the Dragodid Association and ten from the island of Murter were included. The central activity was the reconstruction of an old dry-stone wall path on the top of the Gradina peninsula connecting Murter and Betina. Heads of the workshop divided all the participants in smaller groups and demonstrated the basic techniques. In a matter of hours participants rebuilt a part of the old path, a part along the Liburnian fortification, and the one along the beach on both Betina and Murter’s territories. Great quantities of walls were rebuilt through active participation, and participants mastered basic dry-stone wall techniques.
The employees of Kornati National Park Public Institution, in collaboration with the Municipality of Murter-Kornati and NGO Argonauta, are currently rebuilding the dry-stone wall along the archeological beach. The need for their renewal emerged since they have been neglected for years now. In addition, this dry-stone wall plays a part in the project conceived by the architect Vinko Peračić, as well as in the creation of the Colentum Archeological and Recreational Park.

Many dry-stone walls were rebuilt in these workshops. However, there is always room for a few more. There are still so many dry-stone walls left on the Gradina Hill that crave for a renewal. Because of their complexity, Liburnian fortifications require the most time and effort. This leaves space for new projects, as well as voluntary activities related to dry-stone wall reconstruction. 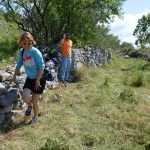 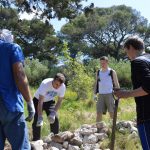 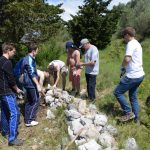 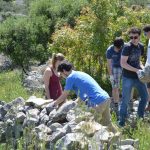 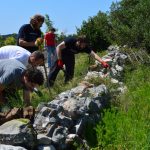 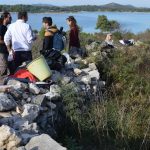 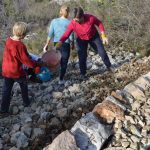 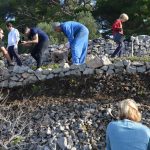 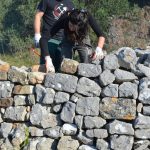 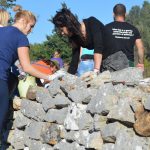 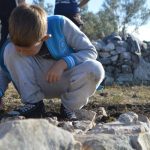